The last remaining Flood Warning here in the Derbyshire Dales was lifted just before 9am this morning. At one stage on Sunday into Monday there were 19 separate Warnings on rivers in our area.

Now our attention turns to welfare visits in flood-hit areas by our neighbourhoods team and the clear-up operation.

Due to the amount of debris, it's likely our Clean & Green team will be clearing up for the rest of this week.

See some of the photos below taken by our flood response team, who distributed around 2,000 sandbags to help vulnerable residents and businesses during the floods. Around 50 tonnes of sand was used - and the response team were out again in the district during the day on Monday, patrolling flood-hit areas with sandbags on their trucks and checking river levels. 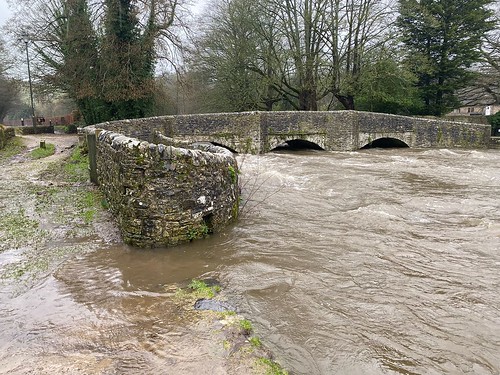 
"Once again this has been a phenomenal team effort. Flooding has been at a similar level to the challenges we encountered in November 2019. At one stage on Sunday there were 19 Flood Warnings in the Dales, from Hathersage in the north to Doveridge in the south.

"I am tremendously proud of the way our staff willingly responded to this emergency with partner agencies - not only those frontline staff who literally protected lives on Sunday into Monday, but the many support staff behind the scenes who coordinated the operation."


Information on flood prevention can be found on the District Council's website at www.derbyshiredales.gov.uk/flooding
Any social care needs should be directed through Call Derbyshire on 01629 533190.
Twitter